Cookie preferences
This website uses cookies, which are necessary for the technical operation of the website and are always set. Other cookies, which increase the comfort when using this website, are used for direct advertising or to facilitate interaction with other websites and social networks, are only set with your consent.
Configuration
Technically required
These cookies are necessary for the basic functions of the shop.
"Allow all cookies" cookie
"Decline all cookies" cookie
CSRF token
Cookie preferences
Currency change
Customer recognition
Customer-specific caching
Individual prices
PayPal payments
Selected shop
Session
Comfort functions
These cookies are used to make the shopping experience even more appealing, for example for the recognition of the visitor.
Note
Statistics & Tracking
Affiliate program (Google Analytics)
Google Analytics
Track device being used (Google Analytics)
Categories
Information 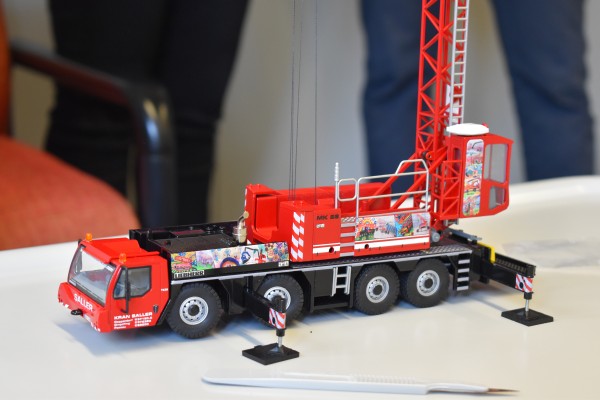 For the very first time in Germany, there is a children's crane in miniature format - exactly on a scale of 1:50 and almost fully functional. The campaign, which was initiated by entrepreneur Franz X. Saller, also raised 4,000 euros for the children's hospital at the DONAUISAR Klinikum Deggendorf at the same time, because the miniature edition is highly sought after by collectors.

In January of this year, Franz X. Saller presented the prototype of the model. The giant mobile construction crane is covered with children's pictures and generates a donation of 2.50 euros per hour of operation for the children's hospital. As a passionate collector of models, he had the idea one Sunday afternoon to continue this action: the construction of a miniature children's crane. With his partners, Markus Burgstall from crane builder Liebherr and Christine Conrad from the model building company of the same name, he was preaching to the choir. They supported the plan without hesitating for a second.

The result was a small series of mini mobile construction cranes that are hardly inferior to the original. The rear axle is steerable and the boom is built according to the same principle as in real life. During the first assembly, chief physician Dr. Michael Mandl, Markus Burgstall and Christine Conrad had to tinker a bit, but they managed to unfold the model to its full glory and bring it safely to a standstill. In addition to functionality and faithfulness to the original, it is important to the Conrad company to use as much metal as possible so that the crane will last a long time. Most of the parts are therefore made using zinc die casting.

According to Christine Conrad, this project is unique in Germany. So it was no wonder that the ten pieces for free sale at a price of 400 euros each were sold out within a very short time. "Should one be sold, we can already assume a retail price of 1,000 euros," estimates Managing Director Saller. He is very pleased with the success of the campaign, which also continues his father's social commitment.

Dr. Michael Mandl, head physician of the Clinic for Pediatric and Adolescent Medicine, expressed his gratitude for this energetic and generous commitment. He guarantees that every cent from donations will benefit the sick children and their treatment. 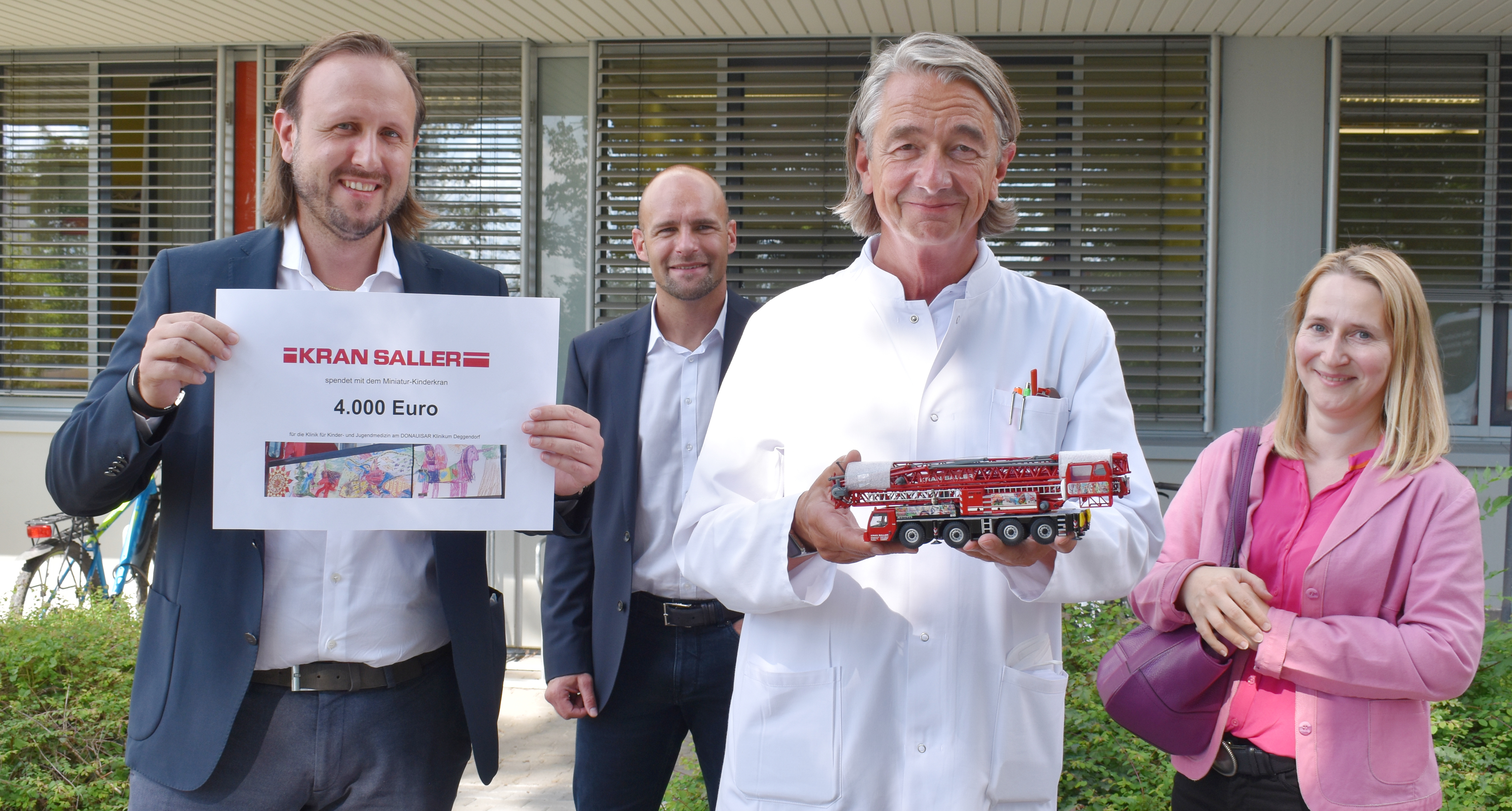 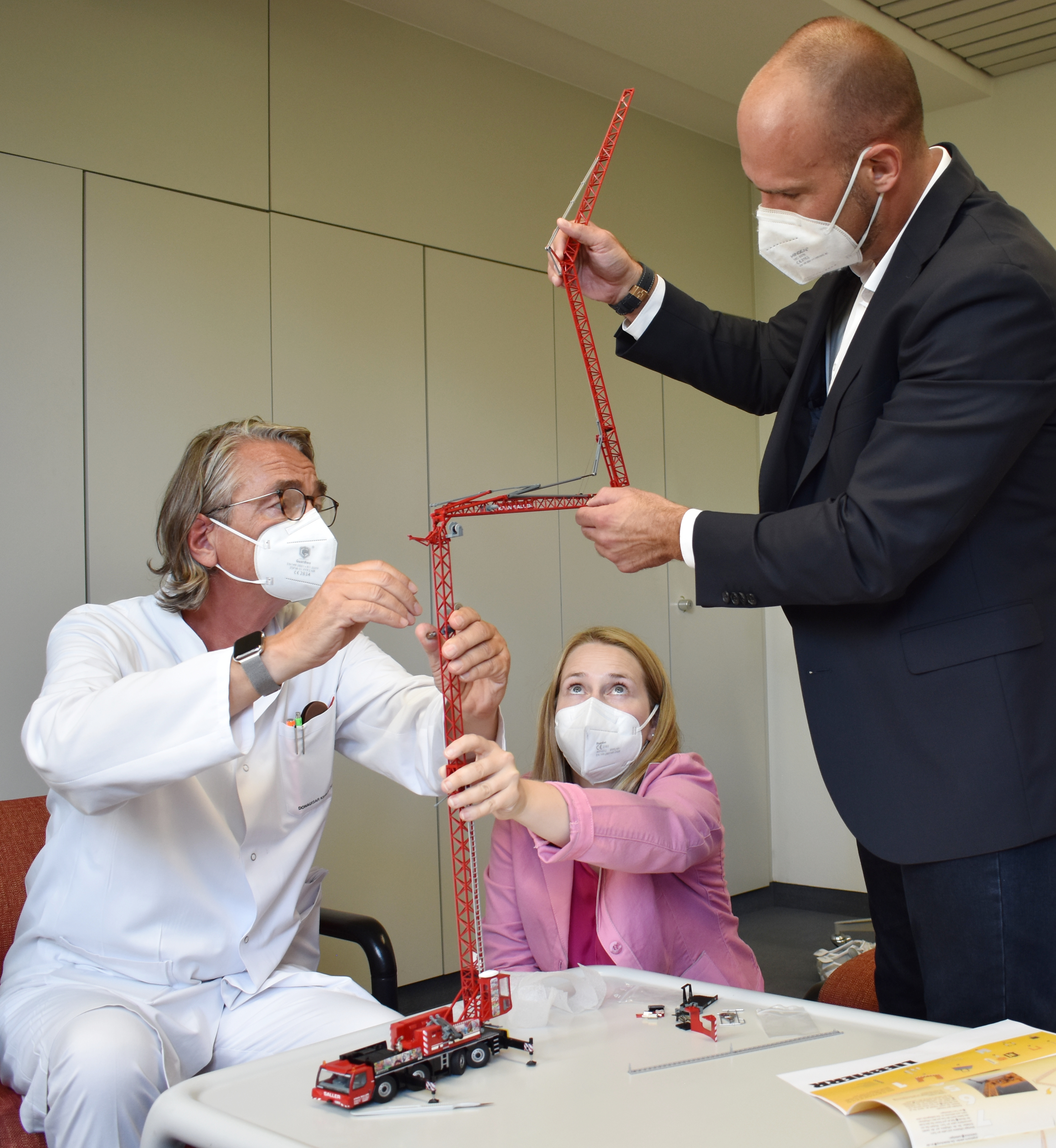 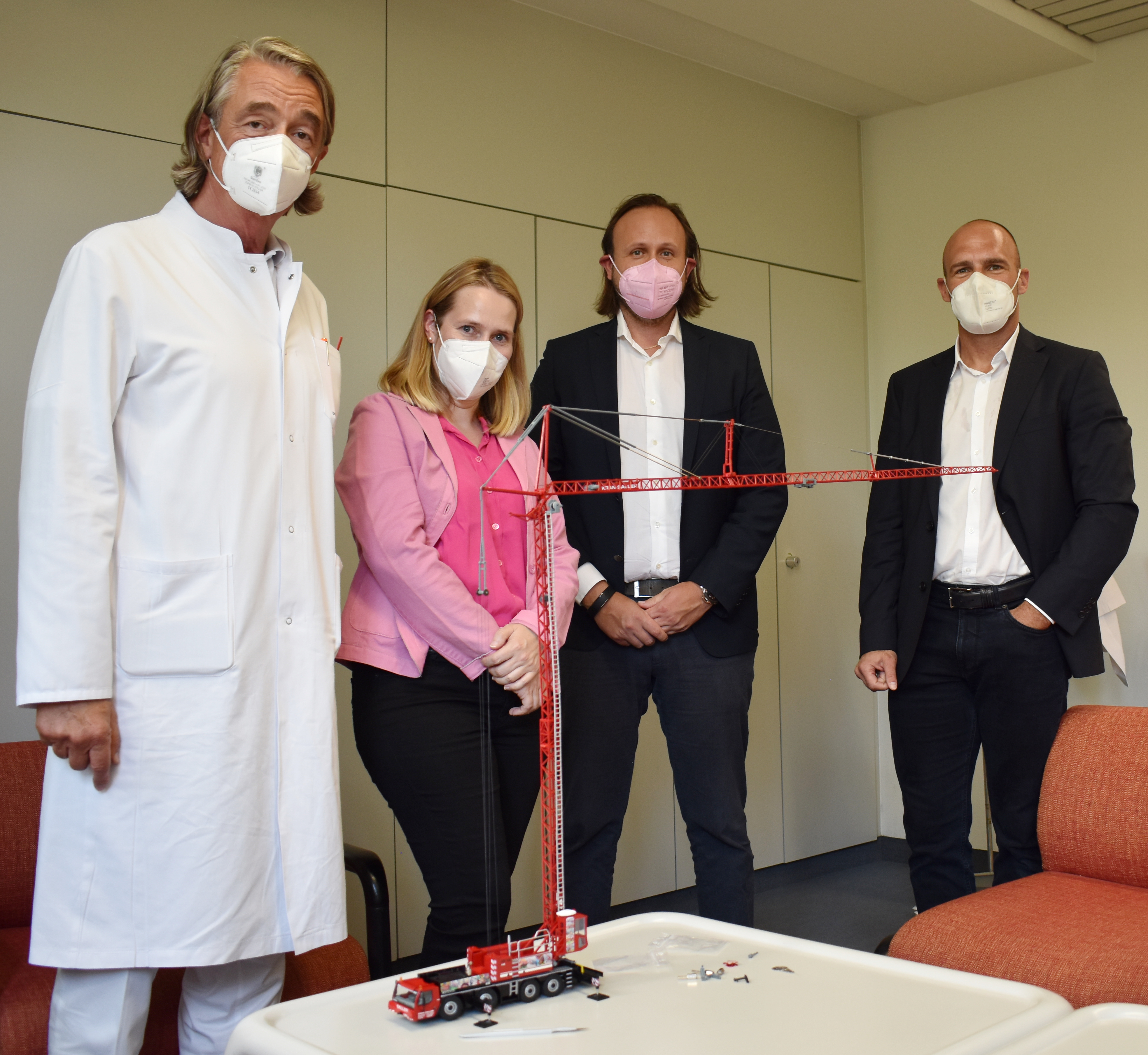 This website uses cookies, which are necessary for the technical operation of the website and are always set. Other cookies, which increase the usability of this website, serve for direct advertising or simplify interaction with other websites and social networks, will only be used with your consent.
Decline Accept all Configure